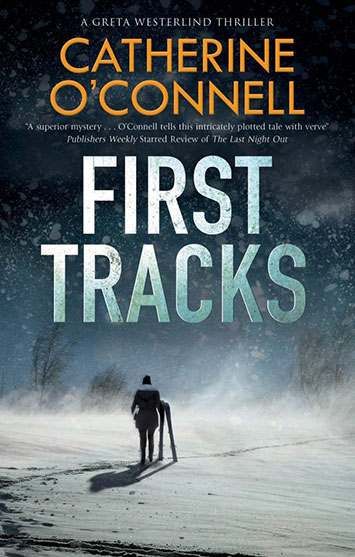 A bachelorette party changes the lives of six Chicago women.

Longtime friends Kelly Delaney, Suzanne Lundgren, Carol Anne Niebaum, Natasha Dietrich, and Angela Lupino Wozniak don’t realize how much their celebration of Margaret Mary Trueheart’s upcoming wedding to Flynn Hamilton will affect all of their lives. Carol Anne and Natasha get off easiest. They have to endure some probing questions from the police, but their money and positions as wives of well-off professionals insulate them from the worst of the night’s consequences. Successful securities broker Suzanne has to worry that all the questioning may hurt her business and expose her relationship with married real estate mogul Vince Columbo. Grad student Kelly is afraid her guilt about what happened that night may send her back down the painful road of drug and alcohol abuse she thought she’d left behind. Still worse off is Maggie, the bride-to-be. After waking up with handsome young carpenter Steven Kaufman in her bed, she’s now forced to reassess her upcoming marriage to Flynn. But the partygoer who’s unquestionably hurt worst by the night’s events is Angela; she’s dead. The discovery of her battered body in Lincoln Park sends shock waves through this close-knit group but also helps each woman come into her own in the turbulent 1980s. As the women struggle for redemption, detectives Ron O’Reilly and Joseph Kozlowski have a humbler task: They have to figure out who killed Angie, a puzzle as frustrating as it is ingenious.

The creator of the High Society mysteries (Well Read and Dead, 2009, etc.) has produced a stand-alone that does for the 1980s what Mary McCarthy’s The Group did for the ’30s, with more than a little mystification thrown in.

Early one June morning in 1988, back when “Cher and people who lived in trailers were the only ones with tattoos,” Maggie Trueblood, the heroine of this superior mystery from O’Connell (Well Read and Dead), wakes up in bed with Steven, a carpenter she met at a Chicago nightclub after her boozy bachelorette party. She’s two weeks away from her extravagant wedding to a man her mother believes will be the ideal husband—rich, good-looking, and socially well connected. If that weren’t bad enough, Maggie gets a call from her friend Suzanne telling her that Angie, another pal from the party, has been murdered. As the big day approaches, a number of Maggie’s friends, including Suzanne, come under suspicion, as do their various husbands and consorts, and indeed Maggie herself. They all have something to hide, and each ends up lying to the police. The story sashays in some surprising directions before briskly pulling all the disparate threads together in a slam-bang finale. O’Connell tells this intricately plotted tale with verve. Agent: Helen Breitwieser, Cornerstone Literary Agency. (Sept.) 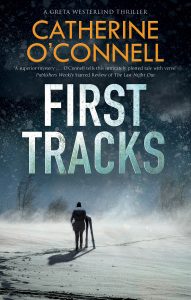